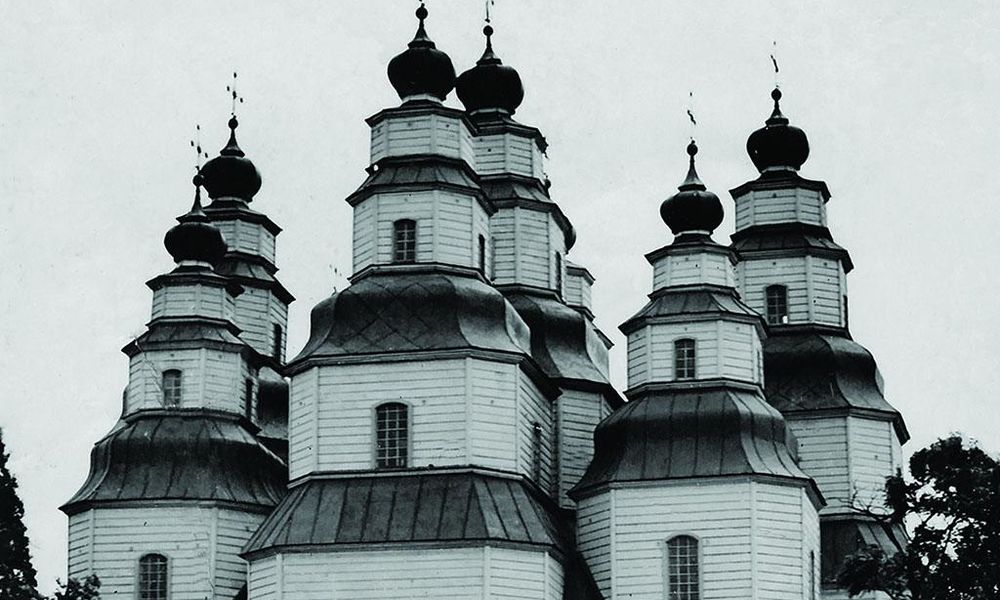 The Cossacks, as a separate phenomenon (“kozactvo”), have not survived so far, so the affiliation of a particular song to Cossack’s songs is determined by such features as a text and musical language. Cossack’s songs can be considered as such songs, in which Cossacks’ campaigns are depicted, and Cossacks’ leaders are described, but it is also impossible to overlook Cossack’s lyrics and Cossack’s romance. In all these songs, the text is presented either by an uncertain narrator or by a Cossack himself. To a certain extent, Cossack’s songs can be also qualified as those songs in which about the relationship between a Cossack and a girl is told on behalf of the girl, when their musical language is identical to the songs of the first group.

However, not all songs about Cossacks are Cossack’s songs. Many such songs were created by amateur composers already in the twentieth century.

The musical language of these Cossack’s songs is characterized by the breadth of melody, the length of each musical phrase, a noticeable duration of each piece of music, even individual sounds; the lyrics are often "lost" in the melodic singing of individual syllables. As an artistic technique, the incomplete singing of words with the simultaneous start of another musical phrase can be sometimes found. During performance of songs, singers have a self-absorbed state close to a prayer-meditation. Cossack’s songs are performed without musical accompaniment, usually collectively. Formerly, the tradition of solo performance of Cossack’s songs accompanied by bandura also existed. The structure of Cossack’s song performed by a band is characterised by a solo prelude and a solo upper voice. A collective part of a song, as a rule, has a three - voice structure. A song is performed with loud and rich sound with the formation of it in the chest, and the manner of performance is identical for both men and women.

The expeditions conducted in 2014 found the following centres of maintaining of this element: the village of Kapulivka of the Nikopolskyi district, Bohuslav of the Pavlohradskyi district, Krasnyi Pid and Novokurske of the Shyrokivskyi district, Sursko-Mykhailivka of Soloniansky district, an urban village Mezhov district of Mezhiv district, Zhovti Vody and Pidhorodne towns.

In the Dnipropetrovsk region the "Program for the preservation and development of objects of cultural and natural heritage located in the territory of the Dnipropetrovsk region for 2014 - 2019" was adopted and is in effect. It includes, in particular, a number of measures aimed to reveal, preserve, popularize, and transfer to future generations the elements of the intangible cultural heritage.

For realization of measures directed at preservation and popularization of Cossack’s songs of Dnipropetrovsk region, on the basis of Dnipropetrovsk Academy of Music named after M. Glinka, the Laboratory of Folklore and Ethnography was founded (2015). As of today, the Laboratory's staff explored 11 districts of the oblast (over 70 settlements), where traditional music was recorded, including Cossack’s songs. The obtained inputs are being published in a series of folklore and ethnographic collections with audio records "Folk songs of Dnipropetrovsk region" (compilers - H. Pshenichkina, A. Liubymova, release 1, 2016, release 2, 2018), as well as they are used in the curriculum of students of this higher school.

In 2018 a presentation of the project of Ukrainian Song Museum in the Ukrainian House (Kyiv) was held.

Different master-classes in the reproduction of folklore heritage are conducted by the bearers of the tradition with students of the Academy of Music. In this high school there is an experimental folk ensemble "Kalyta", which reproduces the Cossack’s songs of Dnipropetrovsk region and actively participates in festivals and cultural life of the region.

Teachers and staff of the Academy of Music regularly organize city and regional seminars - workshops, lectures in educational institutions of different levels devoted to preserving and popularizing of the element of intangible heritage (for example, the City Scientific Methodological Workshop “Intangible Music Heritage of the Dnipropetrovsk Region through the Lens of Generations”, 2017, 2018, Dnipro). They take part in conferences in Ukraine and Europe; publish articles in all-Ukrainian and foreign scientific literature. Video presentations and video lectures devoted to Cossack’s songs of Dnipropetrovsk region are created.

The previous year’s recordings of the research laboratory of Ukrainian folklore, folk dialect and literature of Naddnipryanshchyna ("over Dnieper land") in Oles Honchar Dnipropetrovsk National University (644 mb with overall length of 352 minutes) were digitized.

Distance from Kiev to Dnipro by train: 532km